Having the Dementia Conversation

Dementia describes disabling problems in multiple cognitive abilities. The essential word here is “disabling.” The person needs assistance because of measurable declines in abilities such as memory, attention, and language. Dementia is usually caused by diseases, the most common one, but not the only one, being Alzheimer’s. (AARP)

The National Institute on Aging defines dementia in two parts:

Challenges with having the conversation

Normal Age-related Changes or Dementia?
After about age 50, everyone has trouble occasionally finding words and experiences lapses in memory. The decision we all struggle with is whether those lapses indicate the need for a doctor’s assessment of our cognitive abilities. The struggle for many friends and family members is understanding where mild cognitive aging issues end and dementia begins. Hence, the resistance, hesitation, and/or procrastination of initiating the tough conversation with your loved one to schedule a medical assessment.

Family members and friends want to help their loved one and have a conversation about their concerns and observations but are cautiously aware of the severe sensitivity involved.

Click here to continue reading this article over at amazingplacehouston.org. 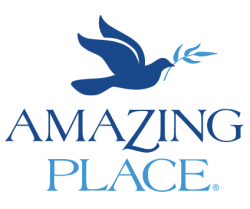 The Amazing Place
That is the vision of Amazing Place. Together, we’re changing the way people think about dementia. We’re not coping. We’re connecting. We’re not just talking about memory loss. We’re facing it head on. We’re implementing programs encouraging active and independent lifestyles. We’re training and educating caregivers, congregations, health professionals and the community to equip them with essential knowledge and tools. We’re building meaningful relationships daily with those living with dementia and everyone in their lives.

Latest posts by The Amazing Place (see all)
BACK