Hit enter to search or ESC to close

When Your Kid Wanders from the Faith

There is not anything that can adequately prepare you for the hurt and disappointment of your child walking away from the Lord. Statistics tell us that greater than 65% of 23-30 year–old Americans stopped attending church for at least a year after turning 181. As they leave home to set out on their own, whether it be college, career, or an adolescent demand that “I can do it myself”, our children are coming to a crisis of faith, and many turn and walk away. How should parents love their children through a season of wandering?

Like most things in life, Scripture gives us insight into knowing how to respond to our wandering children. Wandering is a surprisingly common problem in the Bible. Jacob wrestled with God, Israel was categorized by constant clinging to God and running away from Him, the Pharisees had all the knowledge and refused to accept Him, and even Peter denied Jesus. Jesus was just as much in control in all of those situations as He is now. To illustrate just how common wandering is, and to give us a picture of the love of God, Jesus shared the parable of the prodigal son in Luke 15:11-32.

By looking at the prodigal son, we can learn a great deal about how to love our children through their season of wandering.

This Biblical look at wandering shows us a healthy relationship foundation, the depths of a son’s sin, and the incredible gift of grace that can be found in a loving father. Let’s take a look!

3 Ways to Walk Through Your Child’s Season of Wandering

There is power in prayer. Because God is a good Father, He wants to hear from His children – even when they are angry or discouraged. Petitioning God to change your child’s mind, heart, and life is the best place to start. God wants your child to know and love Him more than we could ever imagine. Standing in the gap for our children in prayer is one of our most powerful ministries to them.

“Now He was telling theme a parable to show that at all times they ought to pray and not to lose heart.” Luke 18:1

“Be anxious for nothing, but in everything by prayer and supplication with thanksgiving let your requests be made known to God. And the peace of God, which surpasses all comprehension, will guard your hearts and your minds in Christ Jesus.” Philippians 4:6-7

2. Realize that you’re not alone.

Many, if not most, parents go through this same season. Comfort and community can be found in sharing what you are feeling and experiencing. It is sometimes difficult to talk about, but it is not something to hide from. Talk with older parents who have come out on the other side of wandering, or maybe find out that they are still struggling. As believers, we were designed to walk through the difficult things in life TOGETHER! (Galatians 6:1-12)

3. Trust that they will come back.

One of the most difficult things that a parent can do is let go. But there comes a time when we must let our children make their own decisions and incur their own consequences. A parent’s job is to give them the tools, experiences, and love to make the right choices, but also the grace to come back when they have messed up.  We see that in the parable of the prodigal son. We also are promised that God is going to bring to completion the work that He begins!

“For I am confident of this very thing, that He who began a good work in you will perfect it until the day of Christ Jesus.” Philippians 1:6

“Train up a child in the way he should go, even when he is old he will not depart from it.” Proverbs 22:6

Just like the father to the prodigal son, as parents we can be a picture of grace and mercy that our wandering children need. This is a picture of the grace that God has for each and every one of us! In the depth of our sin, God Himself loved us enough to die for us, forgive us, and call us sons and daughters.

Watching our children walk away from the faith is difficult. Cling to God, find community, pray for your children, and be ready when they run back to you! 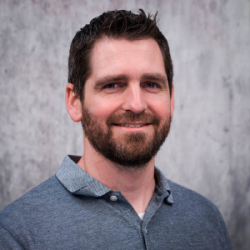 Eric Conley
Eric is passionate about helping the people of God engage in the mission of God. He believes that the home is the vital "front line" of this mission. Eric is married to his amazing wife, Sarah, father of 4 kiddos, 3 boys and a baby girl, and serves on staff at Kingsland Baptist Church in Katy Texas.

Latest posts by Eric Conley (see all)
BACK